Over 8% of men that come to urologists are diagnosed with prostatitis. The statistic means that nearly each tenth men on this planet is affected by the disease that has a very wide etiology and can result into a bunch of various health issues. The amount of complications and problematic conditions that it may cause is also quite versatile. 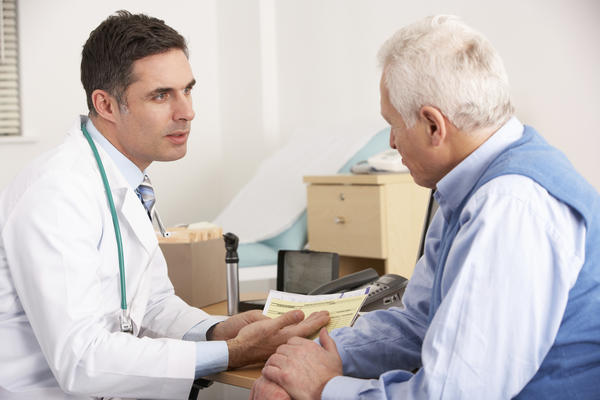 There are ways to prevent the occurrence of prostatitis, but none of them will 100% guarantee that you will not face the issue. However, it is generally recommended to try lowering your chances to experience what it means to have a prostate gland with an inflammation. The simplest advices:

These are basic rules to follow if you want to avoid prostatitis. In this exact blog post we won’t cover symptoms of the disease and instead will try to explain why men have it and how you should live to avoid it. While these guidelines above are helpful, they are obvious and aimed at improving your general health thus lowering your chances to get any kind of disease. However, the etiology of prostatitis is a bit more intricate.

What is prostatitis? This is a medical condition that occurs when cells in the tissue of the prostate gland is inflamed resulting in temporary increasing the gland’s size. The inflammation causes pains, body temperature rise, and heavy discomfort in the abdomen. While the mechanism of the disease is well-studied, the etiology for a long time had been quite messy. In 1999, the NIDDK organization (aka National Institute of Diabetes, Digestive and Kidney Diseases) created a new classification system that allowed urologists to diagnose the issue correctly and pick the right therapy.

The new classification was warmly accepted by the medical community. Let’s overview them briefly.

As seen from the description to each type, the etiology and causes of prostatitis differ greatly depending on the character of a clinical case. In some scenarios, the issue is a consequence of bad hygiene. In other situations, a combination of psychological, psychological, endocrinal factors may cause a severe inflammation of the prostate gland.

This is the most common type of prostatitis accounting for over 90% of all clinical cases. The etiology of this condition is incredibly wide. The inflammation can be caused by a variety of separate factors and/or combinations of factors. The exact etiology is still not yet thoroughly studied and lots of theories are being debated at the moment. However, some causes are more likely to be real.

A wide array of hostile microorganisms can invade your organism and cause a rich variety of diseases including ABP. Obvious preemptive measures include good hygiene, avoiding bathing in public places, careful usage of public toilets, and not eating spoiled or badly washed food. Undercooked food is a number 1 cause of bacterial infections alongside untreated open wounds and scratches.

Different bacterial invasions are the only etiology here and you should avoid them in general to prevent prostatitis.

One of the core issues with diagnosing this type of prostatitis is that unlike ABP, this one may not cause pains or discomfort in the prostate gland itself for a long time. Hidden by symptoms of a UTI, this disease can progress unnoticed for a long time. This is usually a complementary condition for a urinary tract infection and both are treated with antibiotics.

Benign Prostate Hyperplasia is an indirect cause of this issue due to causing bladder blockage and resulting into UTIs quite often. Treating and preventing BPH help in avoiding Chronic Bacterial Prostatitis.

This is a worrying disease that often accompanies cancer. When an inflammation of an otherwise healthy prostate gland is detected, testing for cancer should be started immediately. Simultaneously, a course of antibiotics is usually prescribed.

This issue is quite often a consequence of benign prostate hyperplasia.