July 01, 2022
Home BPH You Are at Risk! Benign Prostate Hyperplasia and What Causes It.

Every single man on this small Green planet is in the group of risk of BPH. This condition is not overly dangerous on its own, but it certainly does bring annoying problems and inconvenient complications to a man. While BPH is a common aspect of normal aging process and nearly 100% of men over 70 years have problems with enlarged prostate to a certain degree. 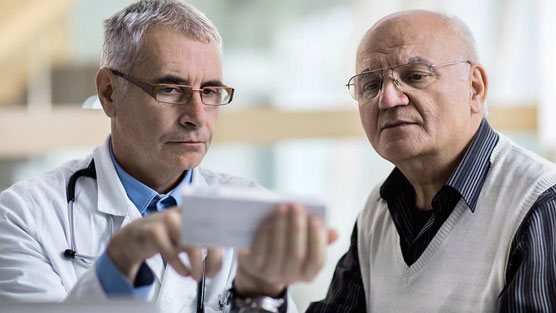 Having BPH is completely normal and should not concern you much. Having limitations in your life due to BPH is abnormal and you should definitely try doing something about it. While there certainly some ways to counteract the problem including physiological procedures, surgical interventions, and therapies based on drugs (recreational and antisymptomatic), I want to focus on things that cause or accelerate BPH.

Benign prostate Hyperplasia is not a malignant tumor nor a cancer inducing factor. The prostate naturally grows over the course of aging and there are no ways of preventing this process completely. However, there are methods that can significantly slow down or postpone the issue. Notably, prostate massage or milking often counters some enlarged prostate symptoms by improving the blood flow and oxygenation of the area.

BPH does not lead to life-threatening complications and usually doesn’t really cause pains or notable discomfort. However, some inconveniences may significantly reduce the quality of life and limit your lifestyle.

The most common symptom of the issue is problematic urination. There is a whole list of problems that may concern a man with an enlarged prostate:

Problems with liquid extraction are not limited to inconvenient urination. There are complications that can be quite harmful and lead to surgical interventions. Kidney can be damaged, stones form in the bladder, infections blossom crazily, and the urine retention becomes truly dangerous. Avoiding such issues should be your number one priority! Incontinence and hesitance of urination are also quite bothersome and create lots of inconveniences for men. 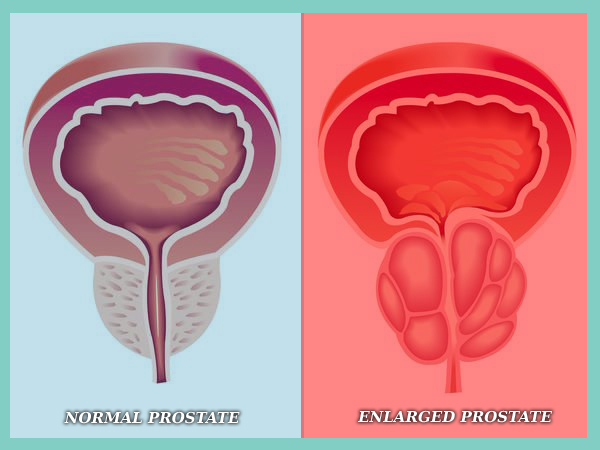 While these symptoms may not sound menacing, one of the most important things about this condition is that its demography is massive. Nearly 50% of men over 50 years have a substantially enlarged prostate that causes problems with bladder. Even men in their 30s may experience problems caused by a larger prostate to a certain degree. No one is safe and that is why you must start thinking about this issue even if you have problems right now. Chances are you will start waking up at nights to run to the toilet very soon.

What Can Cause BPH?

The obvious answer to this question is age. The vast majority of men will have enlarged prostate at a certain age. However, there are some things that may significantly accelerate the growth of the gland and/or initiate it earlier. Amongst these factors we must highlight two:

Other than that, BPH is usually not induced or accelerated by other factors. Age and hormones are the most influential factors with dieting being right behind them in terms of impact. It is hard to give recommendations that could prevent BPH or make its symptoms less troublesome. However, there are possible counter measures.

Why Do I Have It?

If you eat well and your diet is balanced with low amounts of proteins from red meat, enough omega-3 acids, and fiber, you may still experience issues with digesting system and metabolism. The same goes for BPH. This issue is not caused by a single reason, the etiology of the condition is much wider and includes a combination of various factors like:

All these factors should be accounted for when estimating your risks of having BPH. You should be concerned about this condition after you hit the age of 30. Consider starting preemptive therapy by including alpha-blockers and beta-sitostirol in your medication plans. Start practicing prostate massage in order to make the gland healthier and even make it slightly smaller.

Prostate massage is arguably the best method of preventing the issue or slowing it down. At the same time, this procedure is quite healthy in general, can be used as an addition to your sexual activities, and can be started at a very young age. Today, you can also purchase a very effective instrument like ANEROS HelixSYN that provides a hands-free prostate massage done expertly.