December 04, 2022
Home Prostate supplements The History of BPH Treatment. What Did Our Ancestors Know?

Benign prostate hyperplasia is a condition that has been “accompanying” men for as long as humanity exists. One of the most interesting things about this condition is that it occurs in 100% of men due to the fact that from the evolutionary point of view we were perfectly fine with having an enlarged prostate by a certain age. Why? Up until a certain point, men had much shorter average life expectancy and died from various health issues or other factors before the moment BPH could become a significant problem. 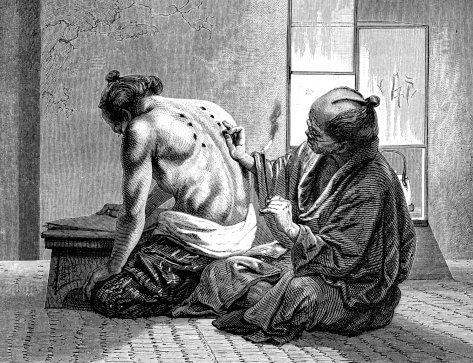 Despite this fact, humanity has known about BPH for a long time and our ancestors had various techniques that helped in reducing the size of the gland and counteract various symptoms of the condition. Knowingly and unknowingly, people tried to treat some things that caused frequent urination calls, nocturia, and infections in the bladder. Over the course of centuries through countless mistakes and wrongdoings, doctors all over the world established various treatment methods that worked.

Our ancestors came up with incredibly diverse systems of prostate supplements that had natural origins. Interestingly, many ancient ideas about treating BPH are still actual and should be taken seriously by men all over the world.

One of the most diverse and reliable alternative medicine systems is certainly the one developed by Chinese herbalists. Their medical texts are full of information on BPH and specific ways to treat it. Many modern prostate supplements are based on herbs and roots, described by Chinese specialists many centuries ago. All treatment techniques are symptomatic and focus on treating a group of disorders that are named “Lin”. This is a shared name for a whole group of medical condition including BPH. Oftentimes, Lin is a more complicated issues characterized by blood in the urine, foully smell of the urine, and other symptoms that usually manifest prostatitis. 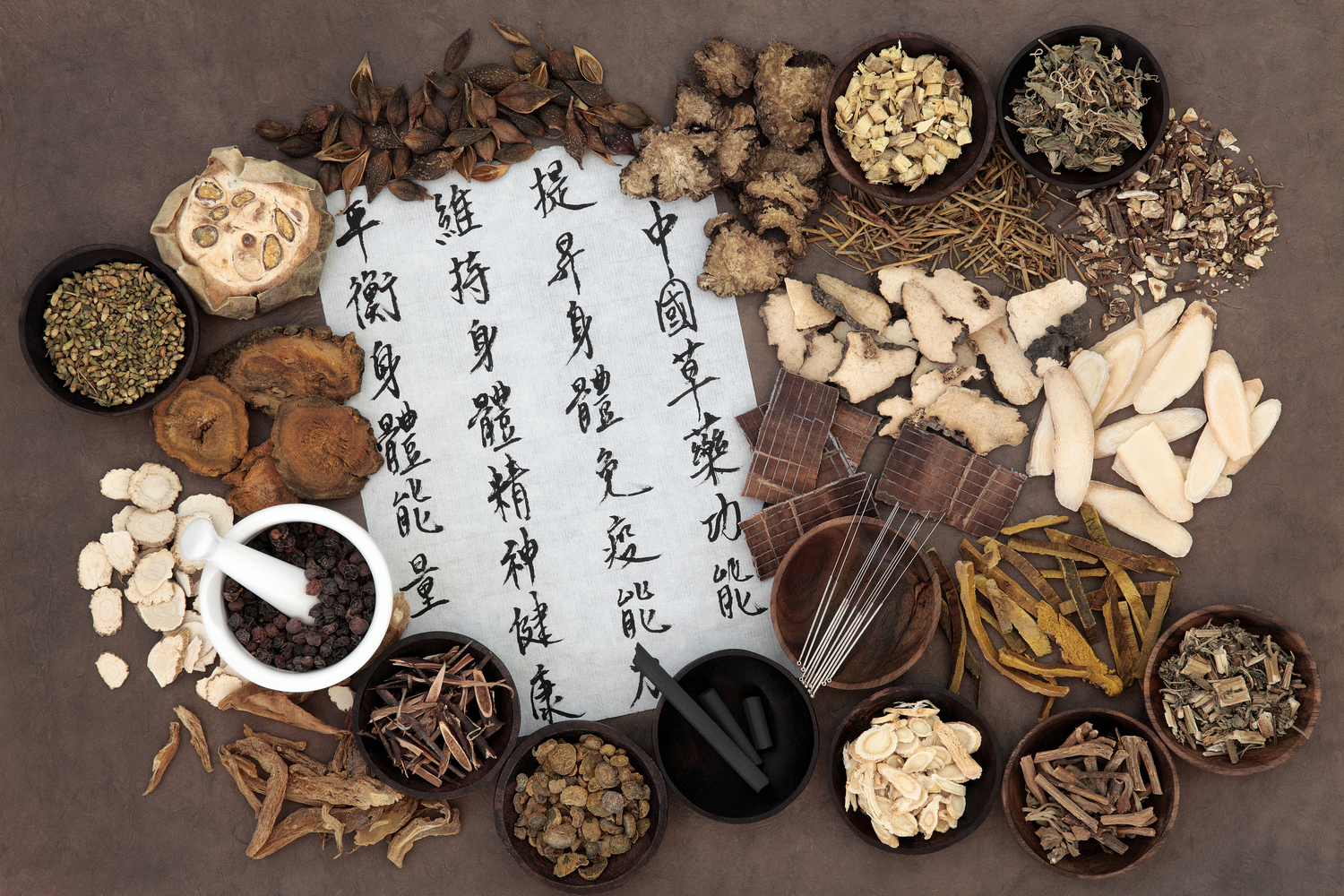 Despite its deep and rich history of treating this condition, Chinese medical literature is still lacking in the BPH department. There is simply not enough modern studies and publications that could further elaborate on the topic of benign prostate hyperplasia and advanced treatment methods. Neither there are intense clinical researches that could extend the Chinese point of view on how we should treat BPH.

Many suggested natural prostate supplements from China are often mixtures that contain a broad spectrum of ingredients purposed to address a wide array of issues including bacterial prostatitis, chronic pelvic pain, prostate cancer, UTIs, and BPH.

Definitely the most famous herb that is used by Chinese herbalists when it comes to treating benign prostate hyperplasia is Vacarria. We know this herb as cow basil. Vacarria Hispanica is referred to as wangbuliuxing by Chinese herbalists and used in a variety of mixtures and potions purposed to treat problems with the prostate gland. Vacarria seeds are included in all possible recipes. This herb is often mixed with plantago seed which is a perfect herb to aid kidney function.

There are many prostate supplements that are based on this combination of drugs. Vacarria seeds are also distributed all over the world by both Chinese and Tibetan herbalists. Note that some ideas from other non-conventional medicine disciplines overlap with each other. This does not indicate that specific plants are better than others.

Kampo is a system that has been adopted by Japanese specialists from their Chinese colleagues. While Koreans introduced Japanese people to Chinese ideas in 7th century, the Korean medicine developed and progressed alongside Chinese. At the same time, Japanese Kampo had some core differences developed over the course of centuries. One of the most famous Japanese specialist is definitely dr. Kikutani who developed his Rehmannia Eight System which also has some interesting things to offer.

Japanese prostate supplements are based on a variety of plants. Many include Moutan, Persica, and Rhubard. These herbs are often prescribed by Japanese specialists to help with arterial hypertension, but they are also helpful when it comes to treating BPH.

Note that many methods suggested by Kampo are focused on aging and counteracting symptoms that inevitable appear in elder men. Treating issues with urination and providing prostate supplements that are able to address a multitude of health problem is the defining trait of Kampo when it comes to differences in terms of making the choice between various herbs.

Amongst other quite popular and effective herbs that are actively used by Japanese specialists are Achyranthes, Plantago seed, Cinnamon, and Hoelen. Note that most of the suggestion from Kampo are still based on using the famous Rehmannia Eight Formula. To make it justice, many western modern prostate supplements also use some ingredients from this formula. Kampo does not have a distinct set of recommendations when it comes to treating benign prostate hyperplasia, but there are some interesting general suggestions that are studied by all developers of prostate supplements.

German medical studied have roots not only in more traditional medicine developed in the Roman world, but also in Arabian ideas that came to Europe after initial crusades. In 18th-19th centuries the ideas of phytotherapy started to form. In the late 1970s, the German medicine was in the vanguard of herbal medicine.

There are various suggestions that come from German specialists and those who support them in Europe. Alongside other popular natural prostate supplements that are often used by herbalists, the Pharmaceutical Biology Institute in Munich recommends a variety of herbs that may be effective at treating BPH. Amongst these herbs are Sabal Serrulata, Serenoa Repens, and Pumpkin seeds. Serenoa has been known for its qualities against urino-genital issues in the West and North America specifically for more than a century.

One of the core herbs that has been used in pretty much all prostate supplements is Saw Palmetto. Its overwhelming presence in a variety of known supplements is based on its ability to heavily inhibit the DTH production in the organism. Modern developers of prostate supplements experiment with incorporating pumpkin seeds and nettle root, combine Saw Palmetto with African Potato, Pygeum Africanum (a cherry tree from Africa), and other sources of beto-sitosterol.\

These ancient medical/philosophical schools have a good followship and there are fans of both Tibetan and Indian medicine all over the world. While some methods suggested by Ayurveda may be questionable (like adding toxic mercury and lead to some of their drugs), many herbs and ideas can be borrowed. Many modern prostate supplements are based on ideas initially suggested by Tibetan herbalists.

The big problem here is that many drugs have not been tested in laboratory and some herbs are still being studied by pharmacologists who try to understand the mechanism of action of specific compounds found in herbs and roots commonly used in both Tibetan medicine and Ayurveda. I also covered the ideas of Ayurveda in one of my previous materials.

I firmly believe that nature has everything we need to maintain our bodies. There are great examples of drugs that have been used by our ancestors and still surprise contemporary medics and pharmacologists with their effectiveness. I also think that using natural ingredients is more beneficial than trying out drugs developed in a tube somewhere in an “evil” laboratory.