Benign prostate hyperplasia is a very common issue. In fact, nearly 100% of men will have it by the time they are 70. The width of the epidemiology and not thoroughly studied etiology make this medical condition very common amongst men over 30 years. This is the age when the growth of the gland becomes somewhat notable and some minor symptoms and manifestations become apparent. 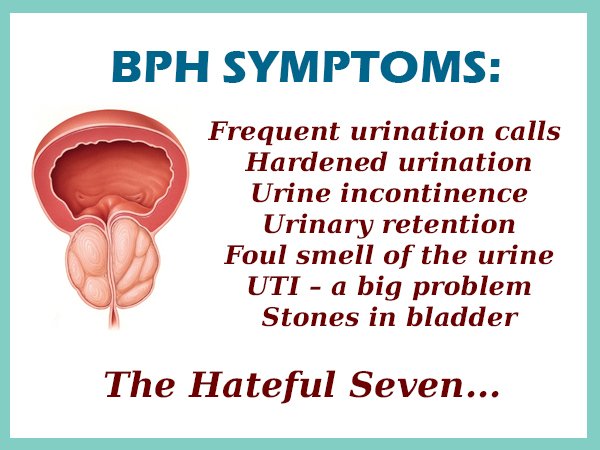 The condition is not dangerous and, despite common beliefs, does not lead to cancer (prostate grows naturally inward on the inner side of the gland, while cancer is a malignant formation that usually starts on the outer part of the organ and starts expanding outwards). Nonetheless, benign prostate hypertrophy (this is another name of the condition) often leads to a variety of symptoms. Some of them are not serious. Some may complicate things and result in health-threatening issues later on. Let’s talk about symptoms of an enlarged prostate gland!

The pressure from an enlarged prostate gland is immense and surrounding organs are the first who take this pressure. Both urethra and bladder are constantly pressured by an ever growing prostate gland. Men with enlarged prostates experience the condition that is usually called “nocturia” which means frequent urination calls especially at nights. Additionally, men with BPH feel urgent calls to visit toilet more than 8-9 times per day which is abnormal.

If you feel that you started running to toilet too often, you should consider seeing your doctor and undergoing an inspection.

Due to the fact that the prostate gland is a pack of tissue around the urethra, when the gland grows inwards, the urethra is being squeezed. This means that the flow of the liquid is harder to maintain. The flow is weak. The reason why this issue exists is that the urethra is a channel that connects the penis and the bladder and it is hugged by the body of the prostate gland. The bigger the gland, the narrower your urethra becomes making peeing difficult. 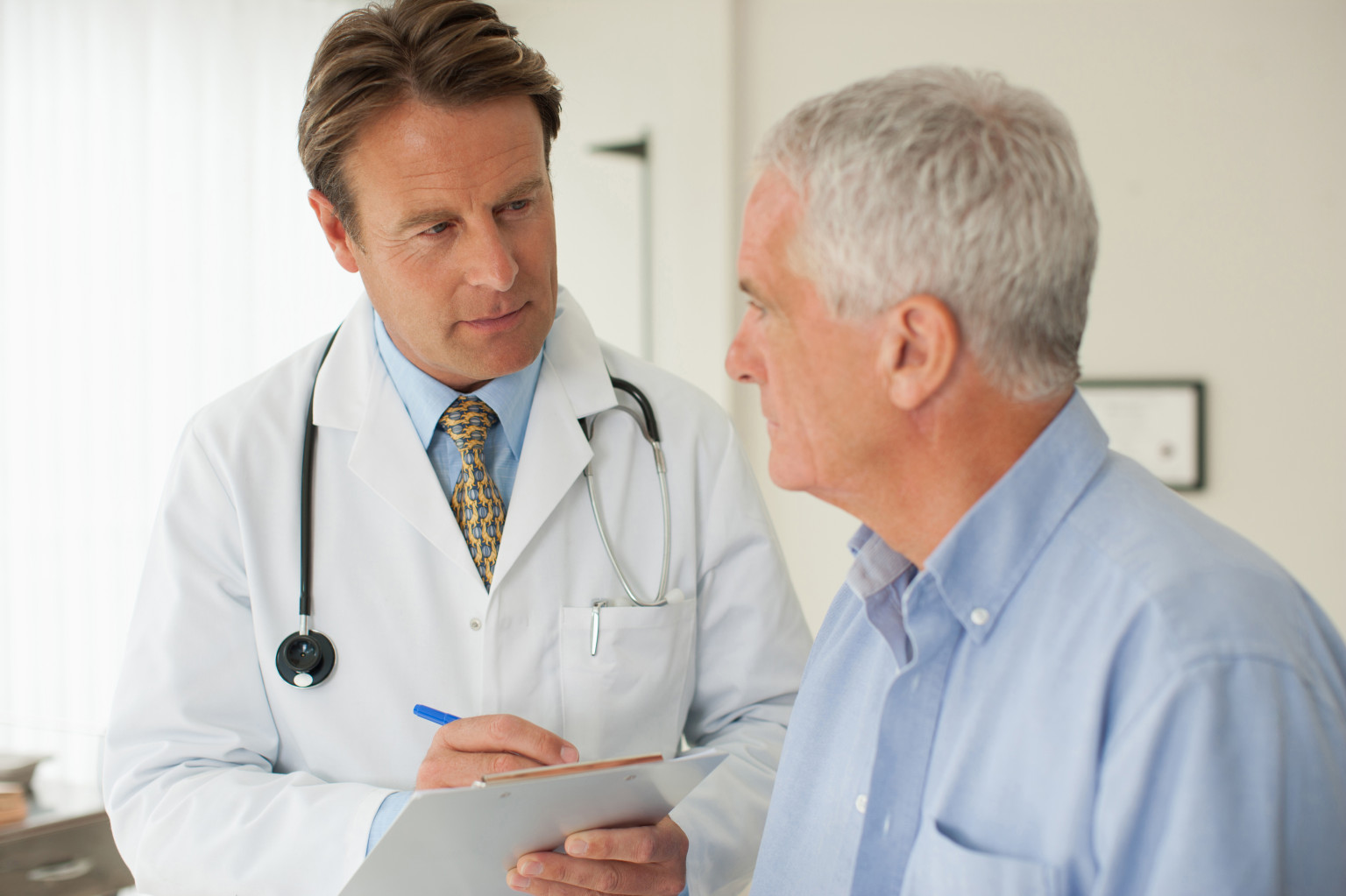 The flow is not only weak, but often interrupted. This uneven urination is often called urine dribbling. This is a very common issue for people with an enlarged prostate.

Another frequent issue is incontinence which may severely limit the lifestyle of a man. Due to a very unstable nature of the urination ability, men with enlarged prostates cannot control their bladder and often “leak”. This means that patients have to use safety pads, various diapers and spend less times in places where the access to the toilet is limited. At the same time, urine incontinence can be even harder to manage after a surgery or self-catheterization. Both operations often make men even less capable of controlling their urination calls.

This symptom of the prostate gland enlargement is a dangerous one. If you feel that you cannot pee for a long time and there is not even a single drop squeezed from your bladder, make sure to seek for medical attention immediately. When the problem is truly severe, the surgeon installs the catheter or removes a part of the gland to decrease the pressure on the urethra.

This is a very serious issue that may harm your health in the long term.

Sometimes, men with an enlarged prostate may notice that their urine smells awfully and has a darkened color or even blood in it. This often means that your bladder is already blocked by the prostate gland and the urine is not being removed completely. This often leads to a foul smelling urine and unusual color of the liquid. This is usually a consequence of minor urinary retention.

Urinary tract infection is a common problem for men who cannot fully empty their bladders due to an enlarged prostate blocking the bladder and forcing to leave some drops of the liquid inside. The contents of the bladder are organic and biochemically active which means that the leftovers are like small Petri bowls with lots of bacteria causing infections and damaging nearby tissues.

This leads to an issue with the urine itself (look the symptom #5) and may result in heavy damage to all nearby tissues and organs. Bladder, urethra, and the gland – all can be damaged by a spreading infection. Treating UTI immediately is critically important for your health!

Now, the urine is not only rich with organic materials, a significant portion of the liquid is actually inorganic particles, minerals, and other particles small enough to not be filtered out. These inorganic particles waltz together in a small closed space and start forming small accretions that then turn into stones. This usually happens due to the fact that the bladder is always not empty and there is enough liquid for the crystallization to occur.

Stones in bladder is a very dangerous condition that may lead to some severe manifestations like:

In order to avoid complications, you should regularly inspect your bladder via ultrasound. This is very important for men with enlarged prostates who have a higher chance to develop a stone in the bladder.

Benign prostate hyperplasia causes mostly problems with urination, but some men report pains during ejaculation and overall worse sexual performance when they have an enlarged prostate. However, the drop in sexual activity can be easily explained by their age. The most common age for men to be diagnosed with BPH is 70-75 years.

Amongst truly concerning consequences is damage to kidney and bladder. BPH is a condition that nearly always accompanies problems with erection though these conditions are not related.

In order to avoid the symptoms of BPH, you need to keep your prostate vigorous and elastic. Even a slightly enlarged gland is still not a big issue. The symptoms are truly bothersome when the prostate gland is inflamed or soaks in liquids. In order to stimulate the blood circulation and improve the oxygenation of the area, performing regular prostate massage sessions is an effective measure.

Using tools like Aneros HelixSYN is also beneficial due to a plethora of reasons!